When shipping applications using containers, one often is confronted with overly large final images. Multi-stage builds are a common way to circumvent this issue, especially for compiled languages like Go or Java. In our latest blog post we show how to utilise multi-stage builds for python images to bring down image sizes and thereby improving security.

When writing container images, it is always preferable to have smaller images and to only include what is really needed. This has two main advantages:

Let's take a very simple image that starts off with an official python-docker image, using a slim version of the current stable debian release, bullseye. We are going to use python 3.8, but this is not important. The image is pulled from docker hub.

The dockerfiles are provided in this repository in the docker directory and can be built using './bin/build.sh' on Linux.

We are simply going to `COPY` over a `requirements.txt` and install it using `pip`, as this is a fairly common use case. I have chosen to install pyodbc since it has some system
dependencies that have to be installed.

Note: The dockerfiles are a minimal reproducible example and do not follow some common best practices!

After building the image, we get an image size of 422MB:

Multi-stage builds are a neat way to keep build dependencies from blowing up the size of your final image. I am not going to go into detail on how they work.

I am going to create wheels. From the pip documentation:

"Wheel is a built-package format, and offers the advantage of not recompiling your software during every install."

And this is exactly what we want. Compile it and then reuse it without compilation.

The size of the image has gone down significantly:

The difference is starker when considering the size of the base image:

Smaller images can contribute to more security.
To illustrate this point, we are going to use trivy to scan our images for known security vulnerabilities.

The base image has 85 vulnerabilities:

The original image that includes the build tools has 331 total vulnerabilities:

The multi-stage image again has 85 images that it "inherits" from the base image, but does not introduce any new ones.

When using python, do utilise wheels and multi-stage builds to decrease the image size and increase the security of your deployements. 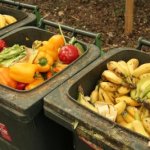